Frank Wolff, a member since 1954, and his musical offspring, are featured on the BBC TV show Family Band hosted by Roy Castle. The programme was broadcast on BBC2. 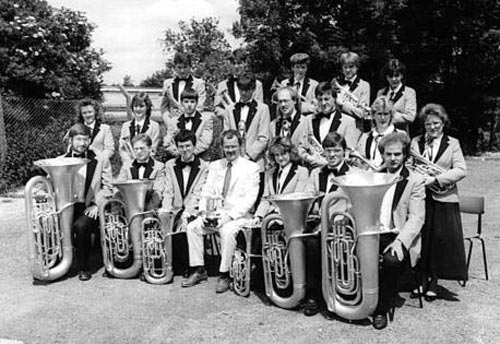 OXFORD Silver Band celebrates its centenary in 1987 with a concert at Hopcroft’s Holt Hotel, near Steeple Aston.

It was organised to demonstrate the high standard the band had achieved in its 100 years.

When it was formed, it was known as the Headington Prize Silver Band, but changed its name to the City of Oxford Silver Band in 1952.

The 30 players had good cause for celebration – they had just reached the first division of brass band competitions.

Recently retired band secretary Frank Wolff said at the time: "The band have gone from strength to strength and are now among the top bands in the county."

The band record an LP under conductor Ian Johnson

Listen to: Men of Harlech